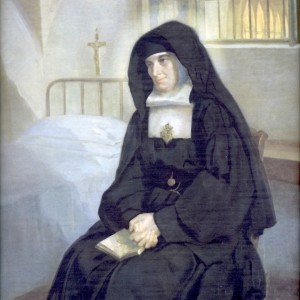 A Gift to the World
Saint Raphaela Mary is a gift to the world. Born in Pedro Abad, Spain on March 1, 1850, Raphaela was the youngest of seven children born to Ildefonso and Raphaela Porras. Theirs was a prosperous and privileged family, deeply religious in their Catholic faith. When Raphaela was four years old, her father, the mayor of Pedro Abad, developed cholera while nursing the sick, and died. In the years that followed, Raphaela’s devotion to Christ became more profound. Daily she visited the parish church and made frequent trips to its hermitage with her mother and sister.

On March 25, 1865, the Feast of the Annunciation, Raphaela made a vow of perpetual chastity to God. She was 15 years old. Four years later, in 1869, her mother died suddenly, leaving her children, especially Raphaela Mary, heartbroken but more determined than ever to give her life to God.

From Lay Ministry to the Consecrated Life
In 1875, Raphaela Mary and her older sister, Dolores, began their Consecrated Life with the Society of Mary Reparatrix. The time spent there made a deep impression on their lives and was a preparation for God’s plan for them.

In 1877, with the approval of the Primate of Spain, the Cardinal Archbishop of Toledo, Raphaela Mary and Dolores began a new congregation called Reparation Sisters of the Heart of Jesus. They longed to repair lives and bring all to God, especially poor families and children. Their greatest passion was that all people might experience God’s unconditional love.

In 1886, receiving a Decree of Praise from the Vatican, the sisters became the Institute of Handmaids of the Sacred Heart of Jesus with Raphaela at its head. Following the spirituality of Saint Ignatius of Loyola, the community spread quickly throughout Spain.

Misunderstandings between Raphaela and her Council made it prudent for the new General Superior to resign in 1893. Dolores, now known as Maria del Pilar, served the Institute as General Superior, while Raphaela Mary was sent to the convent in Rome without opportunities to engage in Handmaids’ works. This secluded part of Raphaela’s life lasted nearly thirty-two years, during which time she spent countless hours in Adoration praying for the concerns of the Sacred Heart of Jesus, with a promise to “love always.” She never ceased to be the joyful and good-humored person that had endeared her to the first generation of Handmaids. 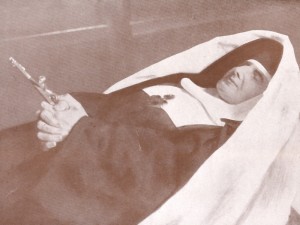 A Life Well Lived
Raphaela Mary lived to see the beginning of the 1925 Holy Year and quietly died in her room on the Feast of the Epiphany, January 6th, while benediction of the Blessed Sacrament was taking place in the convent chapel.

She was beatified in 1952 by Pope Pius XII, and canonized twenty-five years later.

On January 23, 1977, during the centenary of the Handmaids’ founding, Pope Paul VI proclaimed this woman who had lived the Gospel with all its consequences, a heroic model for others, a saint. From then on, we have invoked her as Saint Raphaela Mary of the Sacred Heart.

Saint Raphaela Mary’s urgency to labor so that everyone would come to a fuller knowledge and love of Jesus Christ has grounded a worldwide network of women in a mission of Reparation with the Mystery of the Eucharist at its center. Saint Raphaela Mary insisted:

“Let us give God our whole hearts!”
Handmaids work today continues on five continents putting hearts and hands to this worthwhile task. We invite your collaboration.

If you are able to read Spanish, consider reading Palabras a Dios y a los Hombres, a book of Saint Raphaela Mary’s writings: both letters and spiritual notes.